Australian Ballet’s Marcus Morelli at the top of his game 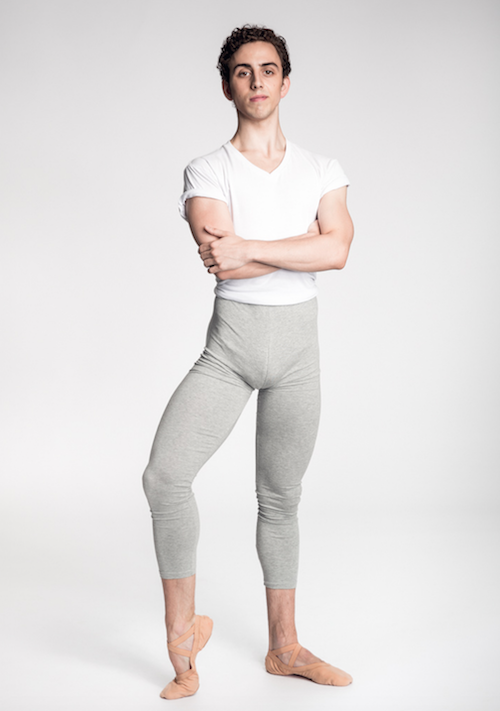 One might be a dancer and the other a soccer player, but Marcus Morelli and Milos Ninkovic are two performers at the top of their game going head to head in a battle for the city’s hearts and minds this week.

Midfielder Ninkovic will hit the pitch at Allianz Stadium on Thursday night for Sydney FC’s match against Wellington Phoenix, while Morelli is set to strut his stuff on stage when the Australian Ballet unveils a new production of The Sleeping Beauty at the Opera House on Friday.

While their modes of performance differ, Morelli’s training regimen is every bit as athletic as Ninkovic.

“Soccer is not so tough,” Ninkovic said. “I train for about one to one and a half hours a day.”

Both work yoga, massage and physiotherapy into their schedule when needed, and have similar rituals before a game or performance.

“I take a few minutes to centre myself and think what it is I’m about to do; the things that are going to be the toughest parts to push through and how I’m going to feel at that point. I try to get into that zone,” Morelli said. “Usually music’s playing in the change room and I’ll listen to pretty much everything.”

Says Ninkovic: “I’m concentrating on the game — not thinking about anything else. I’ll listen to music, but that’s it.”

The similarities in routine don’t end there. After the final siren and the curtain call, each heads for an ice bath to help muscle recovery.
“Ice buckets are good for the feet,” Morelli said.

“We do that all the time. After training and after games,” Ninkovic agreed.

There’s one crucial area where they differ, and Ninkovic admitted to being in awe of Morelli’s skill at lifting ballerinas in the air.