After achieving second place in the American Protégé International Piano and Strings Competition, Zac Shieh (Year 6) was invited to perform at the prestigious Carnegie Hall in April. Zac was relieved to receive his cello a day after his arrival in New York, after it failed to arrive with the baggage. However, the cello’s bridge was broken and had to be fixed in a hurry.

Then, during a rehearsal a day before his performance, Zac’s bow snapped in half. Being Easter Saturday, with shops closed, this could have been disastrous. Fortunately, a new bow was procured in time and Zac was able to perform as scheduled.

Zac enjoyed hearing the sound his cello produced in Carnegie Hall, as well as chatting with other performers from all over the world. His sister Chloe (Year 7 at Firbank Grammar) was also a place-getter in the Competition and played her violin at the same recital. 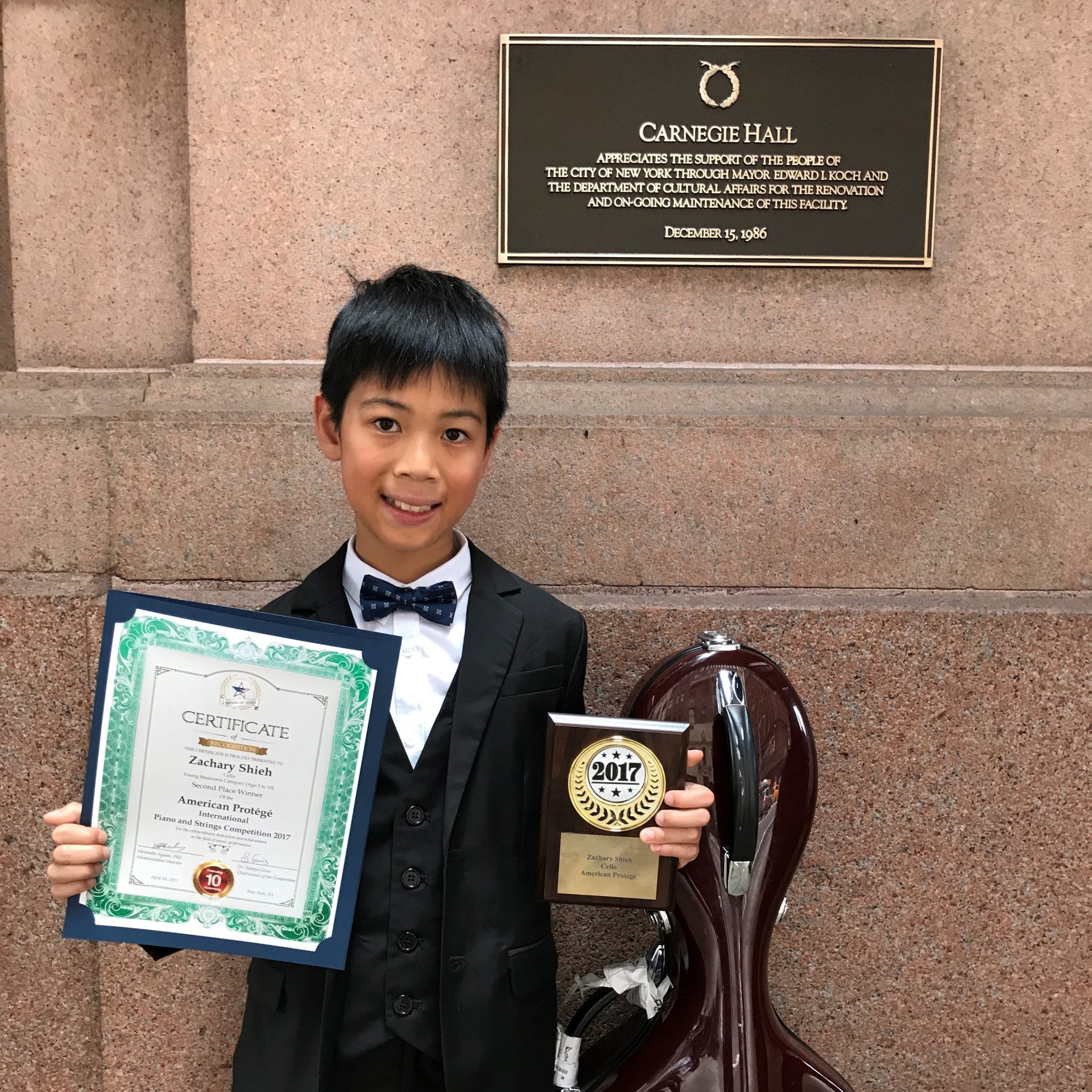