A rare Brighton Grammar sighting of one of Australia’s beautiful black cockatoos occurred last week in the Rosstrevor pine tree, as a small flock of Yellow-tailed Black Cockatoo’s dined on pine seeds and generally made a royal mess below. 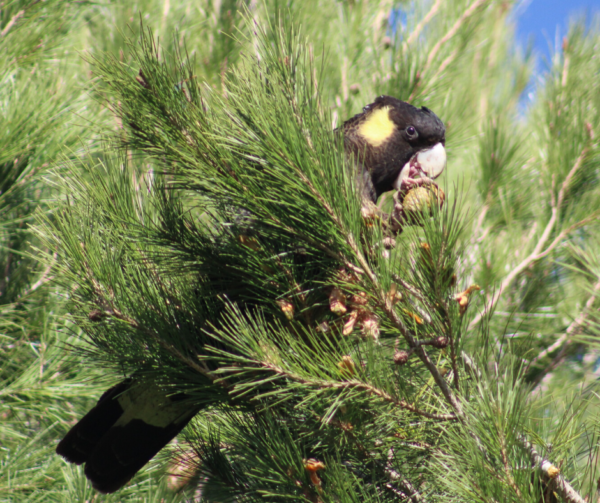 Although not an endangered species, they are classified as vulnerable in SA and have seen significant population decline on the east coast.  Indigenous names vary by country; when on the GSWJ (Gunditjmara country) they would be known as Wilan, and the call was known to some tribes as a foretelling that friends were approaching. A very apt symbol for our return to on-site learning after a period of distance learning.