Update: Congratulations to Will who led the Victorian team to an undefeated carnival and Gold meal win.

At the Jumper Presentation held on 11 July, Will Ashcroft was named Captain of the Victorian Schoolboys team for 15 years and under. Under his lead, the team will represent School Sports Victoria at the School Sport Australia Football Championship in Launceston from 27 July to 3 August 2019. We congratulate Will on his appointment and wish him every success for the championship later this month. 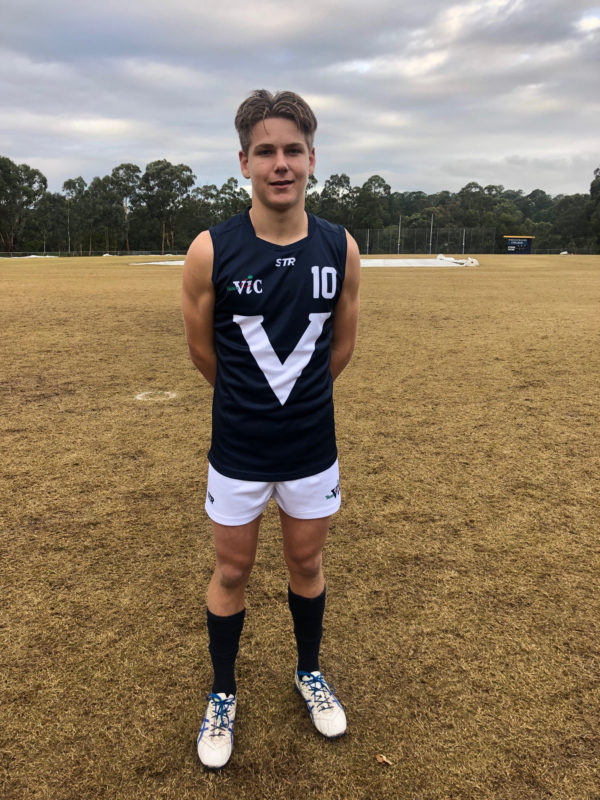